Danial Alarik was born April 19, 1982 in California. He moved to the Chicago area when he was in grade school. After graduating high school in 2000, Danial decided to join the Army. During his time in service he was deployed twice and spent three years as a drill sergeant where he trained over 2,000 soldiers. Daniel married his wife, Elizabeth, in 2008, and had his son, Ethan, a year later. Daniel decided that leaving active duty Army to transfer to was the best decision for his family.

Upon leaving active duty, Daniel wanted to continue his passion for pride in service and patriotism in being an American and founded Grunt Style, a patriotic apparel company with only $1,200. Grunt Style is now one of the fastest growing apparel companies online. In 2015, Daniel founded Alpha Outpost, a monthly box subscription club, that has grown from $0 to over $8 Million in revenue within 12 months. Daniel continues as CEO of both thriving companies, employing over 200 people, more than half of which are military veterans. The combined value of both companies is now over $100 Million and growing. 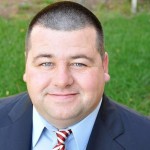