Larry D. Hall is currently serving as the Secretary for the North Carolina Department of Military & Veterans Affairs.

Secretary Hall represented Durham County, North Carolina’s 29th District in the House of Representatives, since 2006 and he led House Democrats since 2012. Born and raised in his district and a student of public schools, Secretary Hall earned a B.S. with Honors in Political Science and Business from Johnson C. Smith University and a J.D. from the School of Law at The University of North Carolina at Chapel Hill.

Secretary Hall, we thank you for your service to our country and the great State of North Carolina. We look forward to seeing you at The Muster RDU!

Come meet Secretary Hall and other fine veterans, click the link below to get your ticket today. 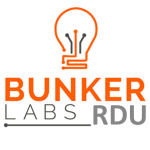